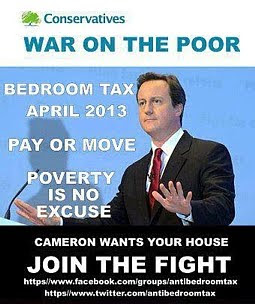 On Tuesday April 9th there will be a meeting in Brent to discuss next steps in a  local housing campaign. A report of the inaugural meeting follows:


Around 25 people attended the initial Housing Strategy meeting called by Brent Fightback, on Tuesday 19th March at the Brent Mencap offices in Willesden.

Attendees included the lead member for Housing for Brent Council, the Somali Advice Centre, the Counihan Family Housing campaign, Mencap campaigners, a tenants representative, a housing worker, and a high school teacher concerned about the cases arising at her school. Apologies were received from the Brent Law Centre and the Brent Private Tenants Rights Group and from some who attended the Health Scrutiny Committee.

It was a constructive and serious meeting, with information and experiences shared about the current situation and the general background to housing in Brent. Potential strategies and targets for campaigning were discussed, including:

Cllr Janice Long, lead member for Housing has agreed to provide current local information of how changes are expected to affect people locally.

We agreed a next meeting time: 7pm, Tuesday 9th April, Brent Mencap offices, 379-381 High Road, Willesden. We will consider the actions that were suggested at the intial meeting and any further priorities, and estabish the name and aims of a local housing campaign.