Why black people must fight the cuts 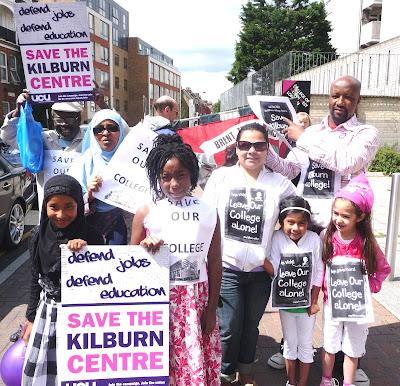 BARAC (Black Activists Rising Against The Cuts) is a national campaign group, created in July 2010 to challenge the disproportionate impact that the Con Dem government’s cuts in public spending will have on black and minority ethnic (bme) communities and individuals.

The campaign is an important  one for a number of reasons. Among them is the fact that one of the biggest employers of bme workers in the UK is the public sector, the very place where the brunt of cuts are happening.

Despite the fact that many were attracted to work there because of the sector’s proclaimed emphasis on equality and diversity,  bme workers are highly concentrated in the lowest  pay grades in  jobs that are most vulnerable to cuts.

Public sector pay freezes have a worse impact on bme workers. They are already poorly paid, leading to a widening gap between them and their white counterparts (one that the previous government pledged to close). This especially affects women, many of whom are in fields such as nursing and social care.

Another worrying development is that the Government’s proposed plans to reform public sector pensions, which will see public sector employees work longer and receive less money in retirement, is very likely to result in deepening pensioner poverty for a whole generation of black people.

This because black workers are more likely to work in temporary and part time jobs because of the discrimination they face in the labour market. This in turn has a knock on effect on how much they can pay into their pensions in the first place.

The fact that more of us will have to work longer before retiring will also have an effect on young black people because they are likely to find themselves crowded out of the labour market and will find it harder to get entry level jobs.

All of these cuts come at a time when race relations has fallen off the political agenda – there has been a weakening of equality laws, huge cuts to the Equality and Human Rights Commission with little or no focus in their work on eliminating racism, the rise of the far right who are blaming migrant and black workers for the cuts made by the government and discrimination in policing and the criminal justice system.

We want people to join BARAC and work with us to fight the cuts. Unity and solidarity is essential and where there is strength in numbers, we can make a difference.

We have a political arm and a legal arm to the campaign and provide workshops and advice on how to organise a local campaign against public sector  cuts.  We have a national steering group with open meetings and we organise workshops and events across the UK in towns and cities such as Manchester, ,Birmingham, Bristol and Huddersfield. There is also a BARAC team in Scotland.

CAMPAIGN
If anyone wants to organise a meeting in their area we can work with them and  build a campaign around the cuts in that area. Several trade unions are affiliated to BARAC and we work with community organisations, anti racist organisations and other groups also opposed to the cuts.

BARAC is collecting evidence of how the cuts have impacted on black communities. We are calling on people to provide us with reports about the effect  of the cuts on them, their families, their communities and the services they use.

We will then examine this evidence in the context of United Nations and domestic (UK) policy commitments on race discrimination. We are also organising a national conference on economic and social injustice.